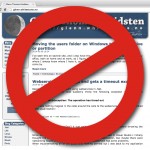 Why not make this Whitsun weekend a Whitestone weekend? After months (years?) of work I’m finally officially releasing my brand new website, which means my old website will close down (I’ll make a version of it available somewhere sometime, but it will not be a big event like this). Why change? My old site was getting, well, old. The backend was extremely customized to my needs only, which is good in a way, but not really thinking ahead. With this page I’m taking a step away from a completely personalized solution to a more commercial one as I’m now using WordPress as the main engine behind my website. This gives me a much better engine when it comes to publishing posts. Not that I really […] Read more

Dancing with the stars 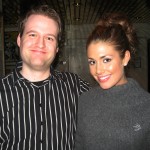 Last night a group from my orchestra, and I, went to Rockefeller Music Hall in Oslo to attend the annual Christmas concert from the group Penthouse Playboys. The concert was extremely entertaining. Those guys really know how to put on a show. They played lots of covers ranging from Wham’s "Last Christmas", golden oldies, to even older Swedish popular songs.Their guest artist, Tone Damli Aaberge (Norwegian Idol finalist, elected one of Norway’s most sexiest women by several magazines, and still only 19 years old, but burning hot) joined in on some of the songs, as well as a couple of solo numbers.All in all the concert was very successful, but the real fun didn’t start until after the concert. The current conductor of our orchestra […] Read more