The one where I say Thank You

When I look back on my big USA vacation I can’t help but think about all the help I’ve gotten along the way, so I’m using this blog entry to give thanks where thanks is needed.Lorna, thank you for being so supportive throughout the planning and the actual trip. You sent me maps, books and more links than I knew what to do with. You helped me with lodging and planning. Without you I would never be as organized as I was on this trip.The StreamingSoundtracks.com community (especially Socr8s), thank you for organizing the John Williams concert. That was the whole reason I went to the US in the first place. It was so nice meeting up with some of the New York gang again, […] Read more

Just popped by to tell you all that I have arrived back home in my apartment again. My servers are back online, and so am I. Now I’ll finish off this very long trip back home with a shower, and then head straight to bed.Keep visiting for updates about my trip :)

I’m in Las Vegas now. The weather is nice and hot… a lot hotter than what I’m used to. Today it’s about 40C, and apparently that’s cooler than what it can get. I’m glad I came here when I did.I had a wonderful drive from San Diego to Las Vegas (via Kingman and Tuba City, both in Arizona). I got to fly a helicopter through Grand Canyon, have a boat trip on the Colorado River in the bottom of the canyon, and saw some great Western-movie landscapes in Monument Valley.I visited the Hoover Dam today, which was impressively large, and are going to have some dinner soon. I’m so busy I haven’t even gambled yet, but I might try some tonight.Yesterday I saw the show […] Read more

Just too much to do 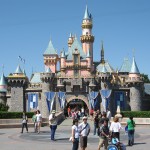 Sorry for the lack of updates, but there’s just too much to do. Whenever I get back to the hotel and actually have time to update I’m usually too tired to actually get anything done. I’m not any less tired tonight than I’ve been the previous days, but I had a little more time on my hands, so I’ll give you a short update.During the first week I’ve been to Disneyland, Hollywood, Griffith Observatory, two concerts at the Hollywood Bowl, San Diego, USS Midway, San Diego Zoo and Seaworld, in addition to a couple of other minor places. I’ve walked 10.000 miles, been touched by an owl in flight and been splashed on by Shamu the killer whale.That’s the level of detail I’ll go into […] Read more